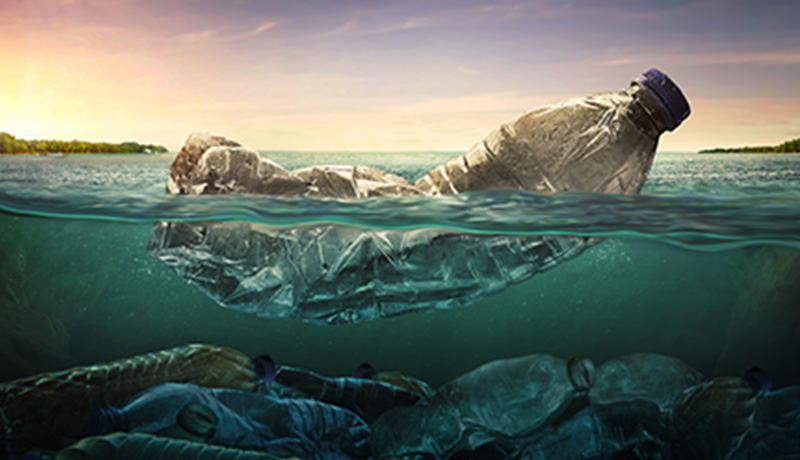 A lot of changes are occurring this year, but some things that came with COVID-19 included climate change, awareness for better health care, global GDP, unemployment, and a lot of other unfortunate events. But the one thing that has been rising at a constant pace with each year, is the plastic waste and especially the waste present in the oceans.

The continuous and soaring plastic waste in the world’s oceans is a serious concern due to the growing population. The other causes are the huge investments in petrochemicals along with the plastics that have been on a rising scale ever since industrialization took place.

Be it any plastic or the Single-Use Plastic, it severely damages and impacts the marine ecosystem and coral reefs when entered into the oceans. Not just this, the animal species are also affected with a risk of life with plastic present near them. The plastic debris makes up to 60 to 80% of all the marine pollution and some places, it accounts for about 90 to 05% of all pollution.

What industries are doing for reducing plastic waste

Although the usage of plastics in the oceans receded at a very low level due to the lockdowns imposed on countries there are other concerns that are taking place as well. With increasing climate conditions, the presence of plastic is always on a rise in the background. As per a research conducted by top-notch industry experts and an expert network company, the level of plastic entering the world’s ocean will triple till 2040 to an average of 29 million metric tons of waste, per year—equivalent to 50 kilograms, or 110 pounds, of waste per meter of coastline, globally.

Although many businesses and companies are trying to reduce the use of plastic by adopting different reusable methods, the level of reduction is still very low overall. Also, if the government implements certain measures, it will impact and help in reducing plastic waste on a small level as low as 7% as compared to the levels of waste if no efforts are taken at all.

It might seem that a lot of companies are trying but in reality, the efforts are very low and wildly lacks the scale of efforts that are needed to reduce its usage all over the globe. For a true and satisfactory effort, the level includes the adoption of every solution and way possible to help in the reduction of waste. These include recycling, focusing on new plastic not being used, designing, and providing product replacement.

Companies and different industries that deal in plastic are trying to cover their products and replace them with reusable straws, bags, sippers, water bottles, stirrers, cups, etc. However, their effort is appreciative and important, but, it does not constitute in diminishing the use of plastic on a large scale.

The Solution of Reducing Plastic

What professionals and experts consult is that the primary solution shall be the reduction in plastic production in the first place as it will solve many problems. Moreover, the subject-matter experts estimated that the reduction of plastic can go up to 80% if the recent technologies are used appropriately. Also, replacing plastics or its uses cannot simply diminish it from polluting the environment and it surely can’t bring sustainable energy to the environment at such a small scale. So, the focus should be on how the plastics are designed & created to reduce its impact to zero.

If the creation of plastics is somehow stopped then the experts claim that it offers the biggest reduction in plastic pollution. Not only this, it often represents net savings and gives the highest mitigation opportunity in GHG [greenhouse gas] emissions. Furthermore, the technical and logistical difficulties of recycling are challenging in itself.

Since the COVID-19 outbreak, the affect and consequential impact of ignoring the surge in plastic waste has however increased with the disposable sanitizer bottles, PPE kits, gloves, masks, and a lot more.

The COVID-19 outbreak has not only impacted the global economy on a large scale it has also provided us information regarding the replacement of plastics and the unbothered pledges taken by companies in reducing plastic waste. With the companies changing their methods of using straws, cups, etc. the presence of cheap oil and the hike in gas prices have made a recent exposure. This exposure implies how plastic usage has become far more economical than recycling (as it is expensive and includes extensive labor).

Not to forget, the growing populations and demands trigger the growth of petrochemicals for many of the world’s largest oil and gas companies This consequently results in billions of dollars or investment thereby increasing the capacity of the plastics market.