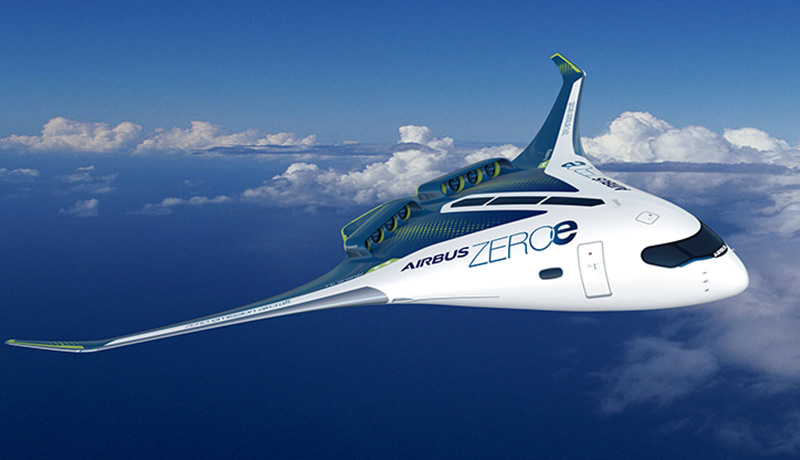 Hydrogen-Powered Aircraft to help in zero-emission

An approach towards storing liquid hydrogen has been initiated in the market and among the aircraft industry. When it comes to handling and running a business to gain sustainability, several industries and firms are racing to step on the top position.

It is a similar scene with environmental issues such as reducing the carbon emissions, attaining a sustainable business, or reducing the plastic waste from marine life.

In this era, maintaining a business and its value in the market is not just about marketing, quality, and brand value. It is more about the significance and concerns of having sustainability and balancing the environmental impacts/issues and energy.

On 21st Sept 2020, Airbus SE released its designs for hydrogen-powered aircraft that according to them will take to the skies around 2035, says industry experts.

According to the Agence France-Presse, aviation singularly contributes up to 3% of world carbon dioxide emissions. Keeping this in mind and the rapidly increasing environmental issues, the French and German governments have both designated billions of euros to invest in carbon-free aircraft design.

Airbus, on the other side, has proposed three designs that each has a “slightly different approach” to store the liquid hydrogen.

The three designs are to be powered by modified gas-turbine engines that will burn the liquid hydrogen as fuel in place of petroleum-based fuel. This in turn will emphasize the quality by complementing the hydrogen gas-powered turbines.

To be able to provide these hydrogen-powered planes, the brand aims at launching the program by the end of 2025. Also, for producing a complete prototype that can cover all the requirements needed in the proposed design, it shall be launched at the end of 2020s.

Hydrogen as compared to the other jet fuel consists of different volumetric energy density which not only makes it different from other jet fuel but also demands other storage options and aircraft architectures. To fulfill this demand for hydrogen fuel, one has to change the visual appearance of the future zero-emission aircraft.

Many companies are paving their way to adopt technologies to reduce carbon emissions now, but before this time, there was no need to have such technologies, approaches, and applications in the first place. Similarly, the need for hydrogen propulsion was never witnessed as a feasible or even applicable emission reduction technology if we talk about 6-7 years ago. Moreover, it is not just the aircraft that would be using hydrogen fuel for zero-emissions but the automakers such as General Motors, Toyota, and Hyundai said that they are including hydrogen-powered vehicles in their plans to help decrease fleet dependence on carbon-based fuel, especially in trucks.

Furthermore, China’s Ministry of Science and Technology said, China has become the third nation in the world to successfully test an aircraft powered by hydrogen fuel cells next to the US and Germany.

And, according to an expert network company, Hyundai Motor Co. is to announce its proposals to sell hydrogen fuel cell-powered trucks in the United States by 2022. It has planned to ship 50 units this year and will increase the production up to 1,600 by 2025.

Industry experts are saying that hydrogen-powered aircraft and trucks are to completely alter the automotive landscape in the coming years.

Experts Consult being a vast expert network company of subject-matter experts that provides valuable market insights. Our subject matter experts are rich in experience and possess knowledgeable insights into the market that not only helps in understanding the target audience and particular industry but also helps in reshaping and building trust by providing potential growth.

To gain valuable market insights and knowledge, contact us at info@expertsconsult.org.